A project about the long history of beer, its culture, and its process.

’Twas the beginning of our last semester of studying media design and we had to come up with a project we would ultimately graduate with. While brainstorming, as it happens, we were standing in the kitchen having a cold one.

Put two and two together, we had a project: Let’s show people that beer is a lot more than an alcoholic beverage.

One of the toughest part of any project is coming up with a meaningful name. During our research we came across Ninkasi – the Sumerian goddess of beer. Hymn to Ninkasi is a poem and at the same time one of the oldest beer brewing recipes (written about 1800 B.C.).

The odd shape of the logo gives the impression of three-dimensionality – similar to how the logo on a beer bottle is perceived. The angles used in the logo are the basis of the illustration style.

Benedek is a fantastic illustrator and animator and he came up with this unique illustration look.

The whole project revolves around the Ninkasi App which we prototyped in InVision. Man, I feel old now.

The website was supposed to give the illusion of somewhat being in a brewing room already – having already accomplished half the work. The unexpected change in scroll direction as well as the parallax help with that. 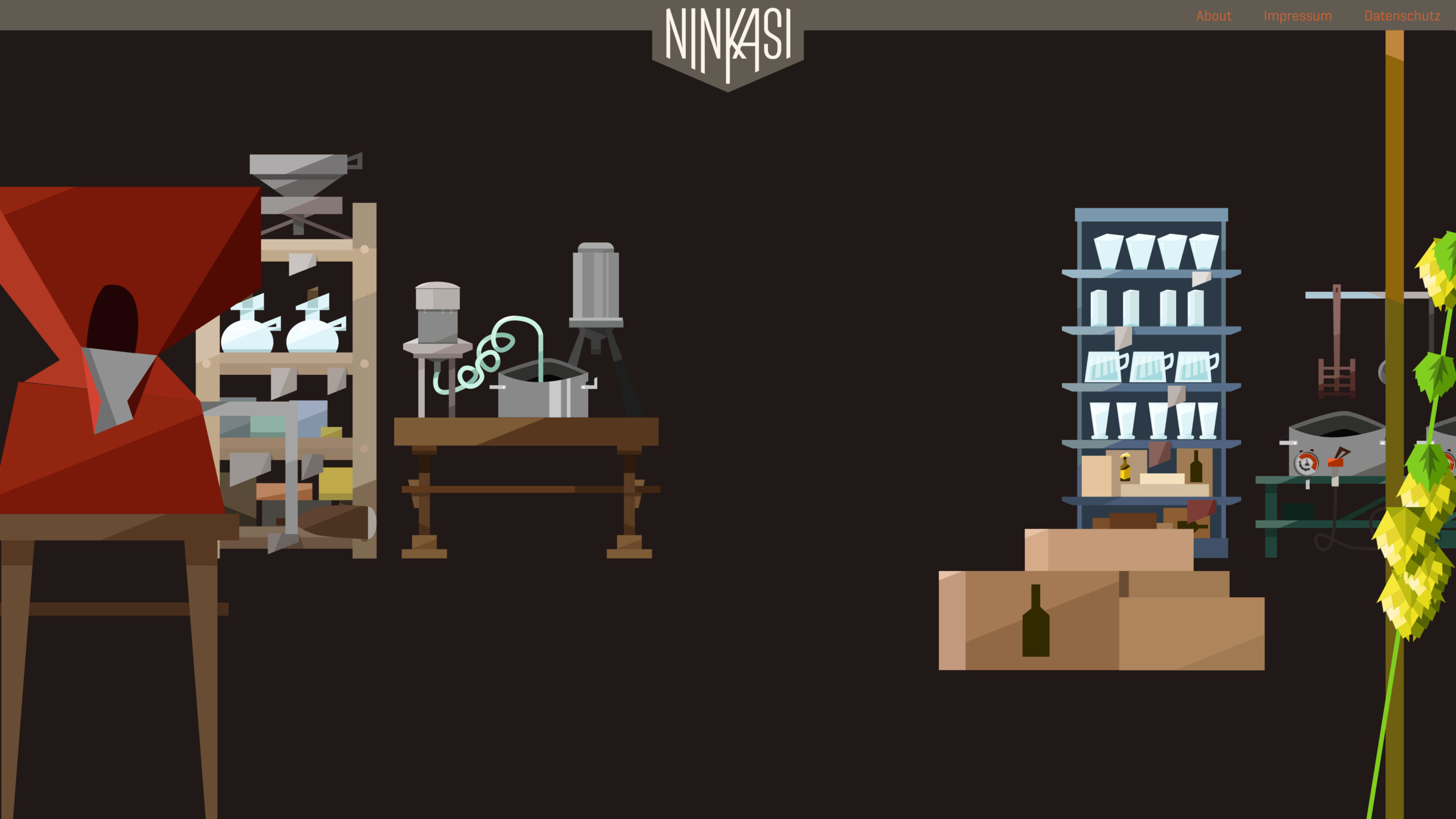 The case film we created at the end of the project was a good ending of an exhausting project and gives a good summary of what we have come up with in just three months.

Let’s be honest here: This project was one of the most exhausting we both have ever had to deal with. We literally worked from 8 in the morning until late in the evening, sometimes late at night. But both of us were really passionate about what we were creating, sometimes not even realising how much we worked.

The variety of design disciplines we actively worked on was what made this project so special. Fast forward 5+ years later, we are still proud of what we created and still enjoy talking about it as well as showing it to people.

This project was published and honored in the young talents competition in Das Jahr der Werbung 2016.